Formula 103 for  Legs and Bikini Line is a razorless hair removal cream like nothing else available.  Formulated with herbal properties, it is effective, mild and easy-to-use removing hair in the bikini area and the legs and leaving your skin feeling amazingly, smooth and soft.


Formula 103 is a depilatory originally developed especially for the shaving needs of African-American men.   But, here's a little secret for you, African-American women discovered how great it was and began using it, too.   Formula 103 is formulated to be soothing and healing for the skin.   Formula 103 softens the hair and dissolves it without damaging the root. It also moisturizes the skin so much that you will not even need an after shave. Consequently, the formation of bumps is prevented. Perfected after six years of intensive laboratory research and testing in five countries, Formula 103 can remove even the coarsest hair. Formula 103 has a unique herbal fragrance.


In 2008, Halsik began working on yet another reformulation of Formula 103.  While Formula 103 was already the best depilatory on the market, they knew they could make it even better.  The original formula leapfrogged the depilatories currently on the market, providing men who had used a depliatory in the past with a far superior alternative.  The next goal for Halsik, one even more ambitious, was to develop a product for men (and now women) who had never used a depilatory before.  The goal- irritation free hair removal.  In 2009, the new Formula 103 was ready for distribution.  The new Formula 103 is as much better than the previous version as the previous version was better than any other depilatory on the market.

Formula 103 for Legs & Bikini Line is for:
"For first Time users of DEPILATORY CREAM, perform a PATCH TEST with a reasonable quantity. If any skin irritation is observed. DISCONTINUE USE" 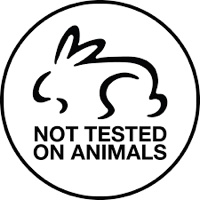 Black Opal's Color Spluge Luxe Matte Lipstick is a modern matte formula in brilliant colors that will make your lips look amazing.  The hydrating lipstick has long lasting color that will stay...

Our apologies. The manufacturer is out of this product and we will likely not have it back until Fall 2015. In the meantime, please try the Regular/Mild version Click here for a Formula 103- Before...

Formula 103 Mild/Regular is for men with a lighter beard and/or with very sensitive skin.   Similar to the Extra Strength version of the product but milder, it even further reduces the chance...

Formula 103 Razor Bump Serum is a non-greasy serum that was created to help relieve after-shaving inflammation.  This will reduce the occurrence of razor bumps, irritation and darkening...

Natural-Laxer Hair Oil has been completely reformulated to be even better for your hair. The new formula contains more than 50% Argan Oil, directly imported from the source in North Africa. It also...

Formula 103 Razor Bump Serum is a non-greasy serum that was created to help relieve after-shaving inflammation.  This will reduce the occurrence of razor bumps, irritation and darkening...

Get the vitamins you need to promote healthy hair growth with H2G Hair Vitamins from Treasured Locks! Contains more vitamins than some of the leading brands. Made with a natural blend of...

Some people taking our flagship H2G Hair Growth Supplement requested that we develop a chewable vitamin that would be easier to take. For several years, we have sold BioChooz, a biotin supplement...

Soften your hair and make it easy to remove hair styles like locks, twists, and cornrows with the Knot No More Tangle Removal Cream from Treasured Locks! Removes stubborn styles with...

Eliminate gray hair without the use of strong chemicals with Treasured Locks Gray Away Enhanced Henna! Made with all-natural henna. Contains enough dye to cover stubborn gray hair. Safe and...

Promote strong hair growth with the H2G Hair Strength Supplement from Treasured Locks! Improve the appearance of your hair, nails, and skin! Provide your hair with the hydration and nutrients...

Our apologies. The manufacturer is out of this product and we will likely not have it back until Fall 2015. In the meantime, please try the Regular/Mild version Click here for a Formula 103- Before...

Description Inspired by our own sweet Shayna Elayne, we have crafted this witty and inspiring t-shirt. Shayna took life head on, getting the maximum amount of experience for every moment of her 15...

Description If you've ever tried to cover gray hair with a natural hair coloring product, you know how difficult that can be.  But, finding a safe, effective product you can feel comfortable...

How do you wrap your hair in a scarf at night? Easy! Use the G-Wrap Nylon Head Scarf. This patented* hair wrap design keeps your do fresh and secure so you'll look great in the morning.  The...