Black Panther is smashing records, creating cultural touchstones.  Already some athletes are doing the Wakanda salute.  "Wakanda forever!" has been said by more than just a few of us.  Prominently featured in the film are natural black hairstyles. Will the hairstyles in Black Panther launch a new wave of black women getting in touch with their natural hair roots? (pardon the pun). The owners of Treasured Locks think it just might.  Camille Friend, Hairstylist for Black Panther, created beautiful and unique looks for the film. She showcased the diversity and beauty that can be created with natural black hair. Even the men's hair was on fleek. 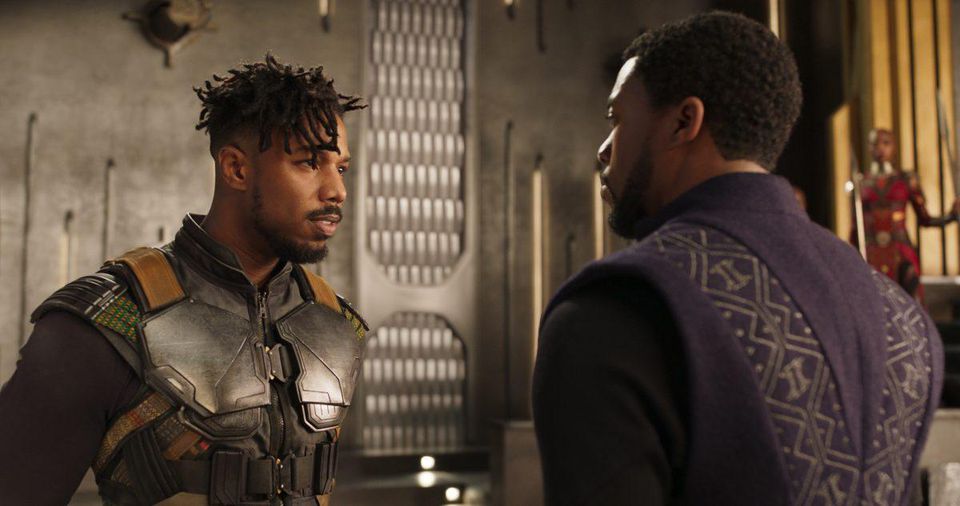 When Treasured Locks was launched in 2002 natural black hair was not well accepted in many parts of society. It was viewed as a political statement by some, and as unprofessional by others. Generations of women grew up hating their natural hair texture. Some had been getting relaxers for so long they forgot what their own natural hair texture was.

Treasured Locks was launched based on the needs of Tywana Smith, co-owner.  Finding hair care products for her two young daughters’ hair was next to impossible where she lived. Tywana herself had relaxed hair going back decades to the days of the jheri curl. Tywana’s daughters, Kayla and Shayna both grew up loving their natural hair. Perhaps it was the products, perhaps it was the expertise Tywana developed in styling their hair, but neither of them ever wanted to get their hair relaxed. Tywana created styles that suited their hair types and used products that brought out its natural beauty. Over time, Treasured Locks’ customer base grew to be more and more women who were wearing their hair natural.

Eventually Tywana herself realized it was time to go back to her natural hair. With the expertise she had learned from consulting with customers, she began the transition and in early 2007, took the leap and did the Big Chop going with a Tweeny Weeny Afro (TWA). This was not without resistance though. While Tywana had left the corporate workforce by this time, she recalls the days of friends going natural and being ridiculed. Some family and friends didn’t understand the desire to no longer have chemically straightened hair. Was this natural hair thing just a fad or was it here to stay? Tywana recalls “I wrestled with the decision to go natural for several years before finally taking what seemed like a big leap. I didn’t go all in at once. I started with braids and weaves, thinking I needed to keep the length. Finally, I decided to go with the Big Chop and I have not looked back sense. I love helping our customers embrace their natural beauty, too.”

Over a decade after Tywana made that decision, it’s apparent that natural hair for African-American women is here to stay. Women are embracing their naturally curly black hair and learning how to style it in amazing ways. We have come a long way since the time of Tignon laws in Louisiana in the late 18th century. Black women were wearing their hair in such elaborate and beautiful ways as to engender feelings of jealousy and fear from white folks. So, the legislature passed laws that effectively forbade black women from showing their hair in public. They were forced to wear tignons to cover their natural beauty.

Black Panther's impact on black culture and the national culture remains to be seen.  We think Black Panther might just inspire the next generation of African-American men and women to embrace their natural hair. What do you think?