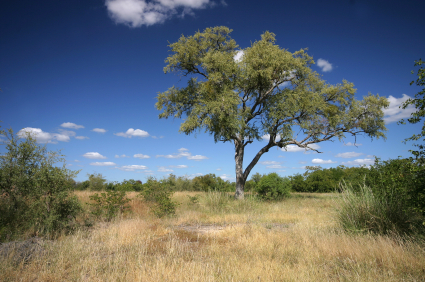 It's possible that you may have only recently heard of Shea Butter.  But, its use is far from a new-fangled fad.  African have known the benefits of Shea Butter for centuries.  Down through the generations, native Africans have used Shea Butter to soothe and rejuvenate their hair and skin.  Shea Butter is not only for those of us with dark skin though.  Every skin typs can benefit from the use of Shea Butter.  Today, Shea Butter is available in pure form and as an ingredient in many products to help with maintenance of the hair and skin and relief from many common ailments.


What is Shea Butter?

Shea Butter is extracted from the nuts of  a tree only found on the continent of Africa.  Shea Butter is extracted from the nuts of the Shea-Karite tree.  This tree only begins to produce nuts after about fifteen years and it can take up to 30 years to get the first quality crop from a particular tree.  The producers are waiting for the nut to contain a high concentration of irremovable fatty acid.  It is this unique fatty acid that gives Shea Butter its unparalleled healing properties and makes it much more sought after than other butters like cocoa butter.  For centuries, Shea Butter was produced by people who harvested the nuts, shelled them, grilled them and and then pounded them. The karite nuts were boiled in a vat of water for hours until the Shea Butter.  The butter would then be scooped up in gourds and allowed to return to a soft solid state.  Shea Butter is solid at room temperature.  But one of the things that makes it so great is that it liquifies right around body temperature.  A quick rub in the palm of your hands and it's a liquid.  Shea Butter extracted this way is called unrefined Shea Butter or raw Shea Butter.  Since Shea Butter is an all natural product each batch will be slightly different. Shea Butter will vary quite a bit in appearance and smell.  It's important to be able to tell what is good Shea Butter and what is not, in spite of these natural variations.

Most Shea Butter comes from West Africa or Ghana. A few years ago a softer and smoother variety from Uganda in East Africa started becoming more popular.  You can read more about it below.

How can I tell if something is good Shea Butter?

Pure Shea Butter differs in the methods of extraction used to get it from the nut.  Also, Shea Butter is often graded.

Treasured Locks only sells raw or unrefined shea butter.  We only provide the highest quality available- certified as such.  And, we never sell shea butter that has been extracted using solvents.

How should Shea Butter smell?

Shea Butter in it natural state has an aroma which most people find quite pleasant or at least not offensive.  I think it's a smell that actually grows on you over time.   The smell of raw West African Shea varies is typically a nutty smell.  As Shea Butter ages, the aroma will begin to decrease.  If you purchase unrefined Shea Butter with almost no smell, the chances are it's old.  Shea Butter is pretty stable when kept properly.  But, it can go rancid.  Shea Butter should not  have a mildewed or rotten smell, not matter the age.  If you happen to dislike the aroma of natural raw Shea Butter, you can purchase more highly refined  Shea that has been filtered through clay to remove the natural aroma.  But, before doing that, we'd recommend buying the smoother variety from East Africa.

How do I store Shea Butter?

You don't have to keep Shea Butter refrigerated.  In fact doing so would make it very difficult to use.  It will keep under normal conditions for about two to three years.  Over time it will be less effective in terms of its healing properties. But, it will remain a good moisturizer.  Keep it in a cool place and keep the container closed to keep out contamination.

This is not at all unusual.  In the summer months, a lot of Shea Butter that is shipped will melt somewhere along the route to you.  If you happen to leave it in the car  (we've done this many times) and you come back and it's liquid, don't panic.  Actually, one of the wonderful properties of Shea Butter is the fact that it melts right around body temperatures.  When you apply it to your skin, it quickly becomes liquid making it easy to apply and to be asborbed.  If your Shea Butter melts, just take the lid off the container and set it in the refrigerator. Or just keep it in an air conditioned room.   As it begins to cool, give it a stir every once in a while to bring the liquid parts (which are called olein) back into uniform distribution with the solid parts (called stearin).


What color should my Shea Butter be?

The color of Shea Butter will vary more than you might expect.  The ultimate color of the butter will depend on the karite nuts used. Shea nuts will differ in color from almost white to yellow.  There is no way to determine the quality of the Shea Butter based solely on its color.  There is even a naturally almost saffron (golden yellow) colored Shea Butter.  But, Shea Butter shouldn't be green or very hard.  We prefer ivory or beige Shea Butter which indicates it hasn't been too highly refined.   Shea Butter that is too white was probably pretty highly refined and may not be as good at healing.

How can Shea Butter benefit me?

Over the years we've found that Shea Butter can help so many problems that a joke around our house is it's like Windex in the movie "My Big Fat Greek Wedding".  Tywana's always saying "Put a little Shea Butter on it."  Shea Butter can provide relief from everything from just dry skin to many minor dermatological diseases (if you have a serious skin condition, you should see a doctor).  It has been clinically shown to provide benefits.  Here are some of the benefits of Shea Butter for the skin:

How does Shea Butter benefit my skin?

Shea Butter is like food for the skin containing Vitamins A, E and F.  Vitamins A and E help the skin keep itself healthy.  These vitamins are especially important when it comes to helping sun damaged skin heal.  Vitamins A, E and F assist in staving off premature wrinkles and facial lines.  Vitamin F serves to protect the skin as well as help it heal.  It soothes rough, dry or chapped skin and helps soften dry or damaged hair.  Shea Butter is high in unsaponifiables (a type of fat).  Shea Butter will contain somewhere between 7-12% unsaponifiables.  To put that in perspective, avocado oil, a well known skin conditioner, has between 2-6%.  It is this amount of  unsaponifiables that is a contributing factor to Shea Butter being able to treat so many conditions.  Because Shea Butter easily penetrates the skin allowing the skin to breathe and not clogging pores it can deliver it's nutritional payload better than other man-made moisturizers.  Shea Butter also naturally contains cinnamic acid, a natural sun screen.  It actually does provide some degree of protection from the sun's harmful rays (still wear a sunblock though).  Shea Butter is a natural anti-inflammatory making it useful in treating things like rheumatism.

We aren't making any medical claims about anyone's Shea Butter.  It's not a wonder drug.  But, we have seen it help a lot of people with a lot of condtions.  And, we know people who think it has worked better than many prescriptions.  We have had several customers  and friends used Shea Butter to treat mild-to-moderate eczema and/or psoriasis.  Some have reported it has worked as well for them as steroidal creams prescribed by their doctors.  And, it's a lot cheaper.  One of our customers began using one of our Shea Butter lotions (it wasn't even pure Shea Butter) and just happened to notice that it stopped a sun allergy she normally got from even a little exposure to the sun.  It was totally unintentional and an unexpected "side effect".

How does Shea Butter benefit my hair?

Shea Butter provides moisture to dry or damaged hair from the roots to the very tips, repairing and protecting against weather damage, dryness and brittleness.  It also absorbs quickly and completely into the scalp to rehydrate without clogging pores.  It is particularly beneficial for processed and heat-treated hair.  It is an excellent treatment for dry scalp. It restores luster to damaged hair. For this reason, Shea Butter is an excellent ingredient in hair moisturizers, shampoos and conditioners.

Is all Shea Butter the same?

Treasured Locks takes care to source our Shea Butter only from reputable sources to ensure freshness, quality and the refining technique to ensure there are no contaminants and that the "good stuff" is left in.

What can I tell by looking at the label?

Where can I get good Shea Butter?

All of our Shea Butter is mechanically extracted.  No chemicals (other than water) are used in the process.  Our raw Shea Butter is lightly filtered.  But, retains its natural color and smell.

Do I want raw Shea Butter or Refined Shea Butter?
After years of experience with Shea Butter, we have to say we prefer raw Shea Butter.  The more Shea is refined, the more natural goodness is removed.  It's certain that none of Shea's healing properties are improved by the process that is used to make it white and odorless or to increase the yield from a batch.  The only possible drawback we can think of from raw Shea is the odor- which quickly fades after you've put it on. If you really do not like the odor, we recommend trying Shea from Uganda or East African Shea Butter. It's more expensive. But, it has less of an aroma and is softer and possibly slighly better at moisturizing.

What about East African Shea Butter?

East African or Ugandan Shea Butter is less common than West African Shea and can be difficult to find at times.  When it is available it oftens sells at the equivalent of up to $40 per two ounces. We are pleased that we have found reliable, price competitive sources and offer this super-premium quality Shea Butter to you at very reasonable prices.

Ugandan Shea Butter is excellent for conditions where the skin is dry.  Knees, elbows, hands and scalp are areas that are typically dry.


Protected by Copyscape Plagiarism Checker - Do not copy content from this page.
×