The Truth About Sodium Laurel Sulfate 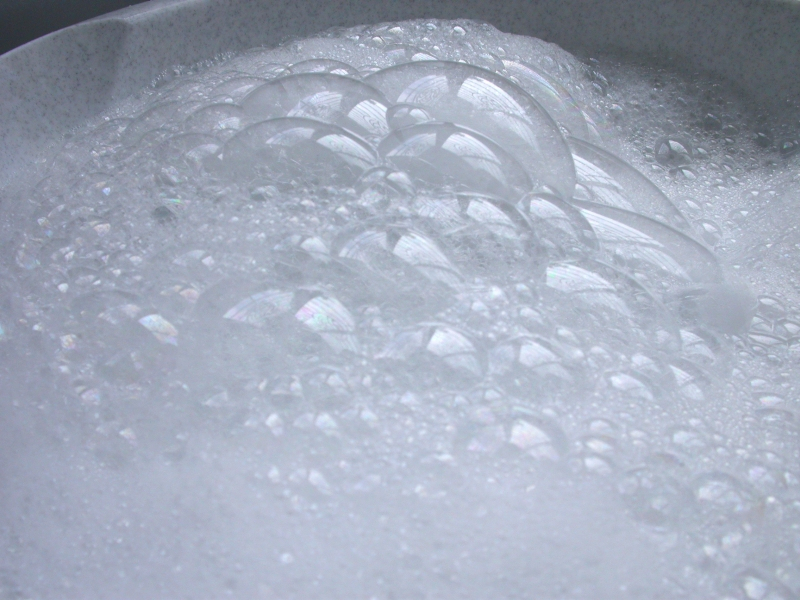 The Truth About Sodium Laurel Sulfate

Since we began searching for natural products for our daughter way back in 2002, we've come across all kinds of controversies and misinformation concerning many product ingredients. One of the biggest controversies surrounds Sodium Laurel Sulfate. For those of you not familiar, sodium laurel (& laureth) or SLS is a surfactant used in shampoos, toothpastes and liquid soaps. You'll often find SLS or its derivatives even in "all natural" products. After all, SLS is derived from a natural source. And, as we have stated in other places, natural is a relative term. Once you combine any two ingredients, one could claim a product is natural or not natural. SLS is derived from coconut. So, some people consider it to be natural. It's just as natural as "grapefruit seed extract". But, is that really the point? The question we think is relevant is "Is SLS harmful?"

SLS is a foaming and cleaning agent. Its controversy stems from the belief by some that it is highly toxic, highly irritating and carcinogenic. Some people have gone so far as to avoid any product with Sodium Laurel Sulfate or any of its chemical cousins. Because of our personal concerns for our family and our position in the industry, we have studied this issue, with great interest, and from both sides. We realize that some manufacturers have a stake in promoting the use of SLS and some have a stake (those who make "alternative" products) in villifying it. We don't want to be responsible for hype on either side of this issue. We could offer either or both types of products. Unfortunately, whenever you read anything on the subject, you must take into the consideration the interests of the author. What will he or she gain if you accept her position? While there are some people who believe SLS is unsafe, there are just as many who point to the fact that it has been used for decades with no proven serious health risks.

Here are the facts. SLS, in its pure form, is a skin irritant.  But, no one suggests you put pure SLS on your skin hour after hour and leave it there. That's the way irritability tests are performed. Pure SLS is placed on the skin and left for hours. In that form it is deemed an irritant. However, in health and beauty formulations, SLS is highly diluted by the other ingredients and is usually rinsed off (in the case of shampoos or body washes) or rinsed out- (in the case of toothpastes), minimizing or eliminating the irritating effects. Only those with highly sensitive skin are adversely harmed by the levels of SLS in most products and these effects are usually just mild skin irritations (rash or dry skin).

In the late 1990s a myth began making its way around the Internet that claimed SLS causes cancer.  This email myth spread rapidly and was taken up by manufacturers of alternative products. In searching for the truth about this myth, we could not find one unbiased, credible source to back it up. There is strong evidence that a manufacturer of alternative products started this myth. But, even without proof of this, what we have found is no one can seem to find a credible source for this belief. Like many Internet email myths it has taken on a life of its own and has shown how if something is repeated often enough, it can become accepted as indisputable truth by those who suddenly hear it from multiple "credible" sources.

Our conclusion on SLS is this. It is a potential irritant. For people with extremely sensitive skin, it is possible they should avoid Sodium Laurel Sulfate. But the studies for skin irritation involve applying pure SLS to the shaved skin of an albino rat, hour after hour with no rinsing. (So, don't do that.) SLS is used so commonly because it is a very good surfactant (agent that helps water be more effective). Products without SLS simply will not foam as well and many people don't like that. Many people want lots of foam from their shampoos and body washes. SLS is a great way to get that foam. Also, we believe that SLS is potentially drying to African American hair and skin. For that reason, we prefer products that use milder forms of surfactants (like the often confused SLES or Sodium Laureth Sulfate) or products that use SLS in lower concentrations (further down the ingredient list). Most salon grade shampoos (including the ones we offer) use these alternative surfactants.

Our plan is to offer both products with SLS and those that are SLS free. The SLS products tend to clean better, foam better and are usually less expensive. For the vast majority of people, we think they are fine.  We use them personally.  However, for those who want to avoid SLS (and its cousins) all together, we will continue to offer sulfate free products.

We'll keep this short.  We have enough research to fill up about 20 pages. But, our job here is to present you with the big picture. What should you do when you hear a rumor about an ingredient?  First of all, remain calm.  When you hear a report of a dangerous ingredient, consider the source. In fact, first find out the source.  If a friend tells you or you get an email, find out where the information originated. Then, do your own research and try to look at both sides.   Go to responsible websites like the American Cancer Society and find out what they have to say.

Go to the American Cancer Society's website and do a search on Sodium Lauryl Sulfate.  If this ingredient even possibly caused cancer, wouldn't they report on it?

Protected by Copyscape Plagiarism Checker - Do not copy content from this page.
×